You are here: Home / zoo / Cocoa Mulch is TOXIC to Dogs 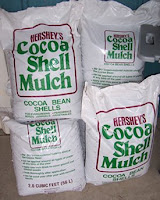 Theobromine is the ingredient that is used to make all chocolate especially dark or baker’s chocolate which is toxic to dogs.

'People foods' that can kill your pet