You are here: Home / Weighing In / Rude Weight Comments….Rant 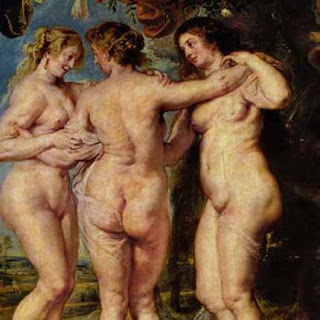 Especially in a tone like, “Oh, I can’t believe you let yourself gain that weight back.” Like this is going to change how people feel about you. Like people who love you won’t STILL love you because you’ve gained a little weight.

The thing about weight is that it also can be lost. People can lose weight. People gain, people lose…what the heck is it to you…you as in you people who feel like you cannot live with yourselves until you say something.

I don’t think it’s anyone’s business to say something. Unless the weight gain is so sever that it’s causing health problems, what’s it to YOU is I have gained some weight?

The incident that has my undies in a knot did not happen to me, personally. Had I been there I would have had some choice things to say because to me, that’s the rudest thing in the world. Not many things really get me too upset…this is one of those things though that just irritates me to the core. I just do not understand people!!!

And honestly, does the weight gain make you feel less about that person? Do you look at them in their “fat pants” and say, “oh, that’s such a shame…so in so was such a nice person but now they are fat so they’re dead to me?” Come on now…I don’t think so.

So maybe, just maybe the next time you notice someone has gained (shoot, or even lost) weight…you may want to stop yourself before you say something rude and embarrassing to that person…like they don’t already know they’ve gained weight. And maybe you should ask them if they are doing ok and let them be.

And I’m not talking about weight gain that’s out of control and unhealthy. I’m talking a little weight. But even then…have some tact. I know there are people out there who try to gain weight on purpose, but chances are the person isn’t one of those…and something’s going on with them.

Be considerate of people’s feelings and stop being so dam rude. It’s truly a prejudice against fat people and it’s just ridiculous. We’re people too. And your rude comments you think are helping us…hurt our feelings.