You are here: Home / life / Sunday's Insecurities and Dreamweaver Woes 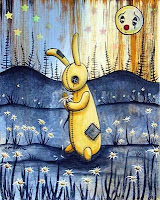 I really try to be who I am and be proud of that and everything – not worry about what people think about me because they don’t matter. I try to be that way – always.

Sometimes it’s hard. Sometimes I feel like a little girl who’s so unsure of anything in this world and generally it’s due to dumb dumb things.

Like today, my husband went for a walk in the early afternoon. He went alone and didn’t ask me to come or didn’t take a dog with him. He said he was going to go walk around the park we used to live by a couple times and then come home. Doesn’t seem like a big deal, right?

Well my husband and I have been together for a LONG time and a lot has happened. There have been betrayals and lies told and all has been forgiven…but never forgotten. So when these oddities come up out of no where…like a walk out of the blue…I start to get all paranoid like he’s lying to me and doing something behind my back or he’s leaving to go talk to someone.

Do I really think these things are going on? Of course not. But I cannot keep these feelings from cropping up when incidents like this happen! I wish I could.

And yeah, I know that it’s odd behavior and I should trust my gut and all of that…but I also know that if something is going on, I WILL find out sooner or later. Plus, i’m the type of gal who has always said…”if you don’t want to be with me then there’s the door.” I’d rather be alone than with someone who doesn’t want to also be with me.

So, I asked what was up when he got home and he said nothing. I hope he’s telling the truth. I trust him about 99%…but there’s still the lies from years ago that linger in my head.

Ahh well, all will reveal itself if there is something going on. It always does! 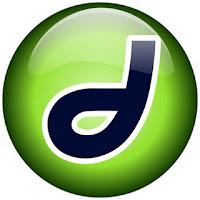 On to Dreamweaver. I love computers and everything, but when it comes to html, unfortunately, I am a hack and don’t know enough html to not use a WYSIWYG website editor.

So I have used Microsoft Frontpage for years! Everything worked well with a few little snags here and there, but I’ve always been able to get around them.

For some reason Frontpage stopped working for the APSFA webmaster stuff that I do. I don’t understand why either. I think it may have something to do with my new firewall but even when I disabled it, FP still would not work.

So I’ve been trying other WYSIWYG programs. I tried an Adobe program called “Contribute” which worked for a couple pages, but I couldn’t get to the html to edit it. I didn’t really play with that program for too long to look for it either. I kind of knew once I used it a couple times that it wasn’t really what I was looking for.

Dreamweaver is closer to what I need. I got it to upload, but now I’m having a problem with one of my pages. I cannot see anything in the WYSIWYG part, but the html is all there. I need to figure out what is making me not see it. I’ve been playing with it for hours, with no avail.

That’s been my Sunday so far…oh that and the dishes. YUCK…I seriously hate doing dishes so they always wait until we have so many and they are SO nasty…it’s dumb, but I just hate doing them.

No layouts today unless I need a break from Dreamweaver – which I may later on…I’m stumped.

What fruit am I?