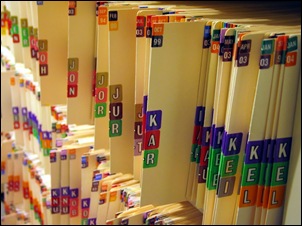 So my husband switched his doctors from one hospital system to another. He was originally in the “new” hospital system when he got diagnosed, but we found that the doctors at the other hospital were more knowledgeable about the disease. He’s been going to those doctors for about 3 years, maybe a bit longer and really, there’s little else they can do for him…or I should say, no other doctor would do anything differently at this point…anyways, from what I know about the disease I believe this to be true.

So, driving to downtown Detroit for all of his doctor appointments has become an issue for him…as well as the availability of his PCP…the staff in his PCP’s office are rude, for the most part anyways…parking costs money…there are a lot of factors. So we decided to switch him back to the closer hospital.

He called multiple offices and talked to their nurses and some doctors to find one who knows about APS. He finally found one…made an appointment…and went to see him. He seems like a nice guy and also his father and brother are both hematologists, so he’ll also be seeing one of those two…and, he DOES know about APS! Which is good.

Only issue…he needs Todd’s medical records in order to fill his prescriptions, get him referrals to the specialists, etc.

You would think that these medical records contained the secrets of our country or the mysteries of life! OMG…

I think we have it all straightened out for the most part, but I’ve never gotten the run around like this…my goodness. Crazy!

Problem is, Todd’s running out of Lovenox shots…his own fault, but we need to get these records to his doctor so we can get the ball rolling and get him his meds before he has a stroke or some other kind of clotting event!

New Doctor For the Hubbs!