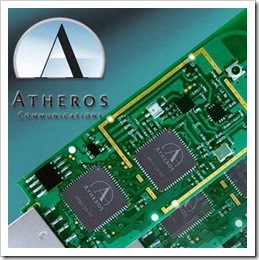 I got an HP laptop in October I think it was of last year. I could probably go back through my blogs and see when I actually got it, but I think it was October. Anyway, ever since I’ve opened the laptop, the wireless adapter in the laptop has not worked correctly. In order for it to work, I’ve needed to restart or turn off the computer a number of times. It will finally correct, but all of the starting and restarting takes time and battery life from the computer.

I wasn’t sure if this was how it was just supposed to be, or if it was router or what. I really thought I was doing something wrong. In hindsight, I should have taken it back to Costco and gotten a different one, but I didn’t.

Anyways, once I started to really use the laptop, I realized how annoying the starting and restarting was and looked into fixing it. I thought it was maybe the router. So, I sent the hubbs to Best Buy (yuck, I know!) to buy a different one. He went there and asked a few questions…ours should work fine…ok, so then I uninstalled and reinstalled the wireless router…same. So, it must be the computer. Great.

So, off to google I go…because when there’s an issue, Google it! LOL So I’m seeing on many websites that I’m not the only person having this problem with this specific wireless adapter! Great…so it’s a known problem. Wouldn’t u think there’d be some sort of recall or something then? Ugh.

I explained the problem, what I had done as far as troubleshooting on my own and sent the email. I got a response quicker than expected. I was pretty shocked. I sent the original email in the middle of the night, so I couldn’t do anything to the laptop until after work…and while I was at work I even got a follow up email from HP…and even from the original person!

When I got home, I did what little of the steps that I could do…a lot of the things they wanted me to look for were not even an option! But, none of that helped anyway. So a couple emails later, they said they’d send me a new wireless adapter. I sent them my contact information and 3 days/times when they could call me for my CC information (they needed my cc info for collateral for the new adapter they were sending).

Then I start the waiting game. Day 1, no call…day 2, no call…day 3…No call!! WTF. Ok, so I email again and get a number of scripted emails saying they’ll forward the email, update the database, have someone call me at the “earliest” and “soon”. Whatever. I even got an email asking me to resend my contact information and a day/time to call. So I emailed back and told them that i expected a phone call that day (this again, was in the middle of the night) at 1pm.

Do you think they called…? NOPE!

I email again asking for a number to call, get back some scripted BS email and again, they’ve updated the database, put a high priority on it…whatever.

At 3:40 or so I get a phone call on my house phone that I don’t recognize. I don’t pick it up, don’t hear a message left. My husband comes home and listens to the machine…oh it was HP. And it was some foreign guy.* (see disclaimer at end)

Nice, so they finally call, but call the WRONG number. WTF

Anyway…in the meantime, my husband calls his dad and tells him of my woes with this damn laptop and HP. He says Costco has their own customer care. Great! Had I known that, I would have called them…again, hindsight…20/20.

So we call Costco and I’m talking to one lady…she’s walking me through a few things that I’ve already done and asks me to unplug my wireless router and cable modem. Sometime in all of this drama, I lost my head completely and unplugged the cable modem…lost the phone connection! DUH! THE PHONE IS THRU THE CABLE MODEM!!!

Ahh…so we call Costco again and I get some other woman who had an accent and she started to ask me about my virus protection and did I uninstall Norton. Of COURSE, I did. When I first got the computer. No way was I using Norton! Then she tells me the problem is probably in the registry and I need to restore the computer to factory.

So I pause, reflect. Decide to give calling Costco another try. I get a guy this time. I tell him that I don’t want to restore my computer if I don’t have to. I will, but I really don’t want to…and that HP was ready to give me a new wireless adapter, I just couldn’t get through to them to get my CC information. So this guy and I chat for a few and he puts me on hold. HP has HORRIBLE “on hold” music BTW….yikes! I think I heard a seagull in one of them!

Finally, the guy calls HP and patches the HP guy through to me. Wow! I’m actually talking to an HP rep and he speaks ENGLISH!! woo hoo!* (again, see disclaimer at end)

So, after 2 hours on the phone with Costco and HP today…numerous emails over the past week and months of trying to toubleshoot this adapter myself…I should FINALLY have a new wireless adapter by the end of the week!!!

I hope this new adapter works as intended and my life with my laptop can go on already!

* Disclaimer: I know that companies outsource their customer service to other countries. I know it’s cheaper for these people to do the job than people in the US. I wish this wasn’t true, but I know it is. However, the Indian accent (from India, not American Indian) is one that I just CANNOT understand. I’ve tried, I just can’t. And I hate dealing with tech people who speak with this accent because I don’t understand it and it’s so frustrating. So, I know this is how things are, but I just don’t find an accent that I cannot understand very helpful when I’m trying to fix my computer!!!

Feeling of Violation and Christmas Cards