I worked on Monday and I work in Downtown Detroit. I take I 75 North freeway to get home. Once a week or every other week in the spring and summer there are Detroit Tigers baseball games that let out right when I am heading home from work. Traffic on these days is bumper to bumper most of my way home. When I got on the freeway on Monday it was backed up to where I get one, like it is on baseball game days.

So at this point, although it was raining and had been for a while, I really thought nothing of the traffic being backed up – maybe there was an accident or something. It was raining pretty hard and it can happen…

Boy was I wrong… 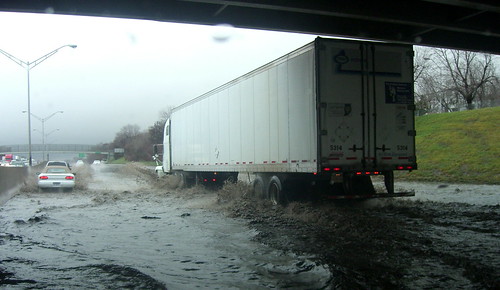 Above was the reason I was stuck in traffic.

I was stuck in basically one place for hours. Remember when I said I got off work at 4:45? Well I was stuck not even 3 miles from work for over 2 hours.

But then we started moving. Thank God!

I did have to go through 2 flooded areas, but the water was not as deep in the middle of the freeway so I was able to make it through those two areas.

I drove a couple miles more and when I got close to one of the exits there were cars heading in the opposite direction down the shoulder of the freeway.

I have never seen cars driving the wrong way down the freeway!!!

That’s only acceptable in, like, high speed car chases or in movies…not in real, live, life on a random Monday!!

It didn’t take me very long to realize that I should have turned around also.

Let me back up a bit…at this point I knew there was some flooding on the freeways. The one I was driving on was closed at an interchange with another freeway. When I was sitting I hadn’t gotten to that point yet. I figured they would be routing us off the freeway and I’d have to find an alternate route when I finally did get off.

So once we were moving, I thought, “eh, where could it be flooded again?”…and it was getting dark at this point…and AGAIN…cars were turning around!! Ugh!

I am now almost 5 hours into my journey home, 4 miles from work, between two exits, hungry as hell with little to no food in my car, and I have to pee so bad I am thinking about how difficult it will be to get a gallon of urine out of my car seat….AND THEN a cop comes down the shoulder of the freeway with a bullhorn and announces:

“The freeway is flooded and shut down, you all need to turn around!”

Wait…you all need to turn around?? What??

Do you know what happens when a freeway full of cars that have all been sitting in non moving traffic for hours needs to turn around? Well it looks like this:

The semi truck is going the “right” direction. O.o

Remember that exit I passed ^^ up there? Well that is where we were all headed!

All in all, it took me 6 hours to get home. SIX!!! Even a major snowstorm doesn’t take THAT long!

Here are some photos to demonstrate just how much flooding there was in my area: 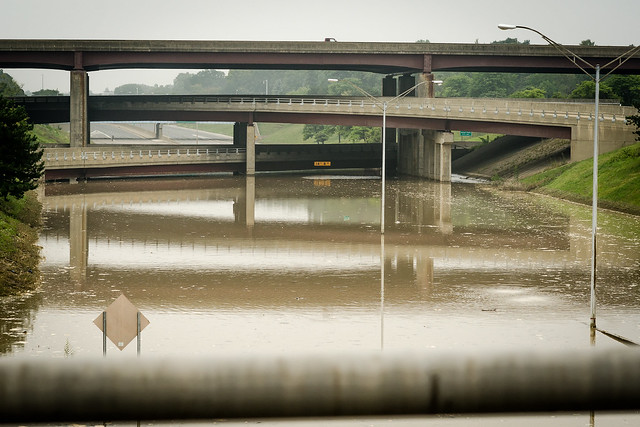 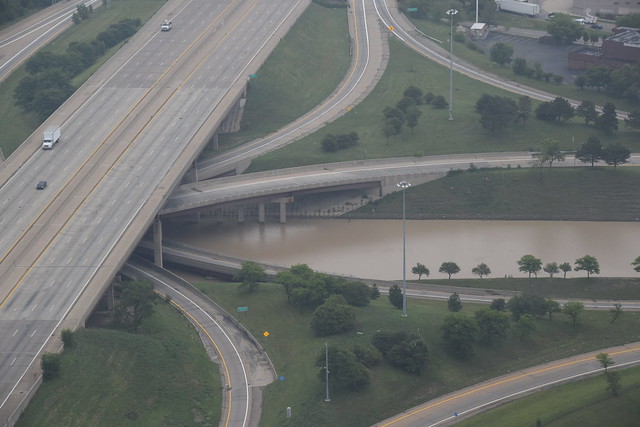 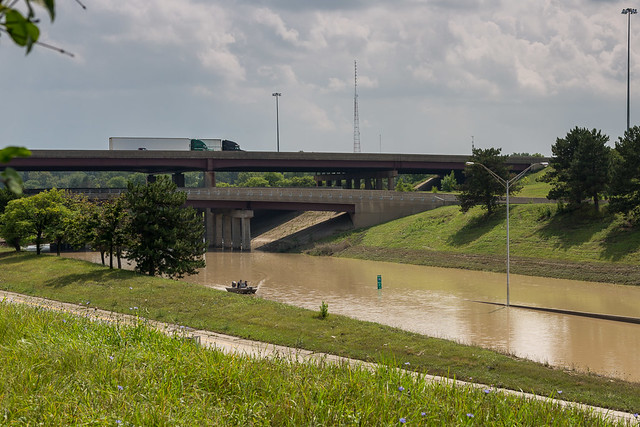 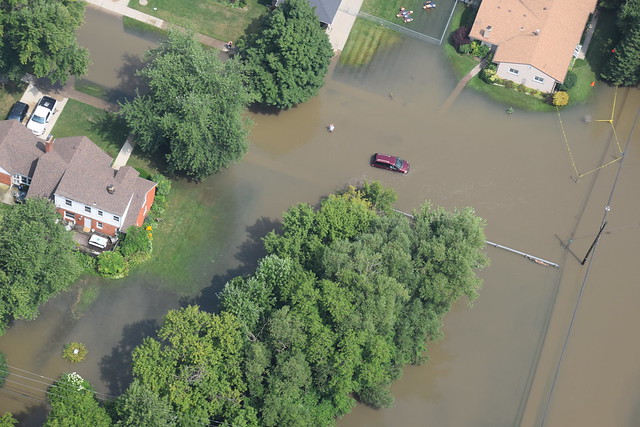 Those photos above are from Flickr. You can click on the photos for their credits. Next are a couple that my husband took on Monday and Tuesday.

A couple other links with photos of the flood:

Detroit dries out after unprecedented flooding

On top of the flooding…and the 6 hour drive home, when I finally got there we were out of power.

However, for all of the times I have wished we had a basement, I am SO SO SO glad we don’t have one because it would have flooded and we’d have to deal with that mess. My mom, Granny, and many friends and neighbors have had to spend the week cleaning up and clearing out their basements. Thank God for houses built on slabs!!

Have you ever had to deal with flooding?

Let me know in the comments!