You are here: Home / Archives for soapbox The details of this day are fuzzy now.

I was at work and I know my husband – then fiancé – dropped off my sister, nephew, and I. We were living with my sister and nephew at the time.

We can listen to radios at my job and I remember someone saying that a plane flew into one of the World Trade Center buildings. I want to say the person was listening to Howard Stern and he was talking about it.

Anyway, I turned on my little TV – totally against the rules at work, but convenient for listening to TV channels before the whole digital TV thing recently – and saw the horror that was 9/11.

I remember people gathering at people’s desks watching mini tv’s in awe. We were talking throughout the section giving updates.

“OMG, another plane hit the other tower!”

During this time my husband called or texted or something and said he was coming to get me. He was really freaked out and frantic.

I don’t know what time it was, but my job let us go home. My job NEVER closes so we knew it was serious!!!

I think they said something like go home and spend the time with your families.

The parking lot was a madhouse and everyone was rushing to leave. I remember not being able to find my sister and getting my nephew from daycare.

It was all kind of a blur and surreal.

Once we got home, we were glued to the TV. The footage was non-stop!

We learned of the terrorists, the people jumping from the building (how horrible), the crashes of the other planes, and of just how many people perished in the towers.

I remember my sister having nightmares that night about terrorists.

Things will never be the same as they were before that day. We have been at war for 10 years.

Thousands of military have lost their lives. We got the bad guy, but still the war on terrorism goes on.

Today we remember those who lost their lives in the 10th anniversary of 9/11. Gone but never forgotten.

Married to an Invisible Illness 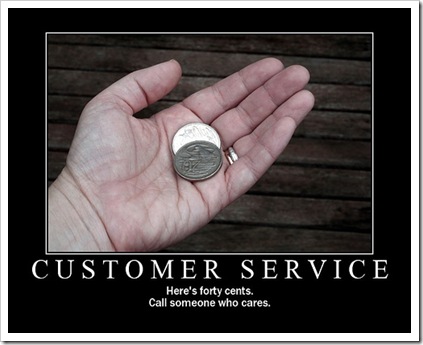 Our house phone rings at 12:30am…yes, that’s a half hour AFTER midnight!!!

OMG…so I tell the guy on the phone that it’s after midnight and he asks me in a thick accent if I want him to call me tomorrow. Um, hello!!! It IS tomorrow!!!!

So I email HP again and let them know that one of their customer service reps called my house in the middle of the night and that their reps really need to review the customer’s location and find out which TIME ZONE they’re in and call them at a reasonable hour in the customer’s time zone and not whatever time zone the country the rep is in!

I was just out done!!

Of course I get an email back saying how thankful they are that I provided them with candid feedback…blah blah.

I just cannot wait to be done with this whole wireless issue. I don’t think I’ll ever buy an HP product again…and I’ve ALWAYS had luck with HP products. Ugh!

I wish I could embed this video, but I can’t and I hope the link stays active.

But CLICK HERE to watch this video…nothing bad, just a news segment and no sensitive pictures or anything, so it’s ok to watch.

This makes me SICK!!! I understand that the dogs are headed to be put down anyways, but they’re doing procedures on them LIVE, while the poor creatures are ALIVE.

Yeah, yeah…local anesthesia…whatever. The dogs are still ALIVE. Oh, but they put them humanely to sleep after they’re done…yeah, because they are so messed up.

Ugh…I know doctors need training, I know that using bodies and real organs and that has to be better than a simulator, but shoot…use a cadaver body, or euthanize the animals first, if they were to be put down anyways.

Disgusting…I sure hope they do something about this!!! Those poor animals.

Cocoa Mulch is TOXIC to Dogs