You are here: Home / causes / Politics Schmolitics and the Usual Random Thoughts 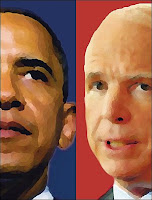 I got a phone call this afternoon from my mom who was with my Aunt and my Grandmother. She wanted me to look up where the closest McCain headquarters was because they all want McCain stickers for their cars. I told her my computer may spontaneous combust if I have to look up such things! haha She wasn’t too happy.
Personally, I’m tired of the election stuff. I’m not claiming either side…democrat or republican, although I think more democratically. All I know is that Bush has made a mess of things and we need a change.
Not that I think Obama is necessiarily the man for the job either. I don’t know enough to make an educated decision actually. And this is totally my opinion, but I don’t know if we’re ready for an African American president. I think there are still too many people who are prejudice against African Americans in our country. Not that the color of the man’s skin matters one bit to me, personally, but as a country…I just don’t know if we’re ready. Maybe I need more faith in the American people. lol
My mom sends my sister and I all kinds of pro-McCain/anti-Obama emails. She says she’s just trying to give us a complete view…ok, by forwarding chain emails? Come on Mom. We’re old enough to make our own decisions. And we may have different opinions than my parents, or how we were raised. She says she doesn’t care, but she tries to get into political debates with my sister, who knows more than I do about it all. I usually just tell them both to shut up. lol I hate that argument. It’s pointless. You’re not going to change anyone’s mind by arguing about things.
This is why I can’t wait for the political drama to end. And I do hope Obama wins.
Ok moving along….
I’ve been in a scrappy slump…but I got some new kits this weekend, so maybe that will help bring out the creative juicies.
I’d been admiring these kits from Britt-ish Designs so I finally broke down and got them: 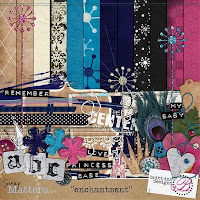 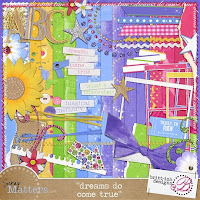 And Pam at Digitreats made 3 wonderful birthday kits to go with her Jump, Run & Skip ABC kits and of course, I needed to get those right away as well!! 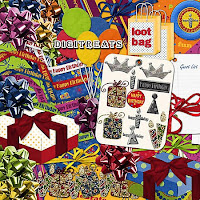 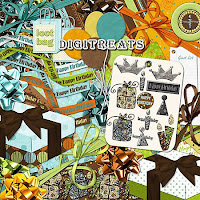 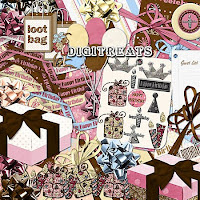